Follow the journey from the elite sporting arena to business management,

A football legend, business investor and development coach, Stan Alves OAM does it all. His knowledge is never-ending about multiple topics and he aims to improve as many lives as he can.

As recognition of his tremendous efforts and involvement within the sport, Alves was given multiple awards including an AFL life membership, voted club Best and Fairest twice, was inducted into the Melbourne football club Hall of Fame, was a state representative for the sport and was runner up for the Brownlow Medal.

In 1994, Stan was appointed to be the coach of the St Kilda football club. For the Saints, this change came at the right time as their players were not up to the standard and placed 12th out of 15 in the competition.

By the time, Stan left the Saints in 1998, they had been to two final series, won the Ansett Cup pre-season competition premiership and participated in their first grand final in over 26 years. For the amazing transition in both the players and the club, Stan was rewarded with the 1997 Coach of the All-Australian Team and the 1997 AFL Coach of the Year.

As well as extensive football expertise, Alves was also involved in the business management, development and communications industry. He was a company director of a financial planning firm that employed up to 40 investment advisors, was a manager of training and development and the general manager of sales and financial planning within the I.O.O.F. Financial group and is currently a motivational speaker and performance coach.

In 2008, Stan was awarded ‘The Medal of the Order of Australia’ for his services to Australian Rules Football as a player, coach and commentator, and his services to the community as a supporter of multiple charity organisations.

Stan Alves is willing to share his knowledge with his audiences about how to motivate and inspire individuals. He shows audience members how to bring success in their professional careers and within their personal lives. 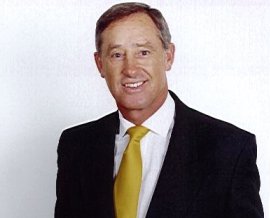