A visionary thinker with a rare intellect - one of the world's most popular motivational speakers!

Described as “a visionary thinker with a rare intellect,” Sinek teaches leaders and organizations how to inspire people. With a bold goal to help build a world in which the vast majority of people go home everyday feeling fulfilled by their work, Sinek is leading a movement to inspire people to do the things that inspire them.

A trained ethnographer, he is the author of two books: the global best seller, Start With Why: How Great Leaders Inspire Everyone to Take Action and his newest book, the New York Times and Wall Street Journal bestseller, Leaders Eat Last: Why Some Teams Pull Together and Others Don’t.

Fascinated by the leaders and companies that make the greatest impact in their organizations and in the world, those with the capacity to inspire, he has discovered some remarkable patterns about how they think, act and communicate and the environments in which people operate at their natural best. He has devoted his life to sharing his thinking in order to help other leaders and organizations inspire action.

He is best known for popularizing the concept of Why and for the talk he gave on the subject that became the second most watched talk of all time on TED.com.

Sinek’s unconventional and innovative views on business and leadership have attracted international attention and have earned him invitations to meet with an array of leaders and organizations, including: Disney, Pfizer, NBC/Universal, jetBlue, the military, multiple government agencies, embassies, and local entrepreneurs. Sinek has also had the honor of sharing his ideas at the United Nations, the United States Congress and with the senior leadership of the United States Air Force and United States Marine Corps.

Sinek shares his optimism with all who will listen. He speaks around the globe and has commented for local and national press, including The New York Times, Inc. Magazine, NPR and BusinessWeek. Sinek is active on Twitter and writes his own blog, simonsinek.com.

Sinek is an adjunct staff member of the RAND Corporation, one of the most highly regarded think tanks in the world. He is also active in the arts and not-for-profit world, working with charity: water, an organization devoted to helping bring clean water to the over 700 million people around the world who don’t yet have it. He also serves on the board of the Tami Stronach Dance Company. 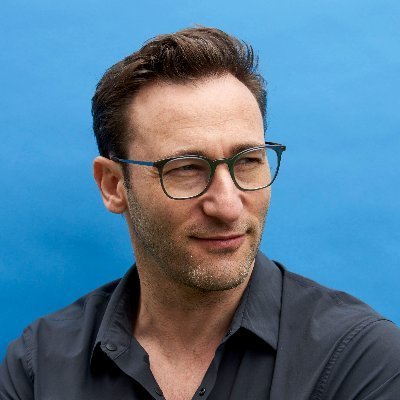