While Samantha Riley’s success has already etched her name in Australian swimming history, her enthusiasm, commitment and strong desire to win means she will continue to succeed. Officially retired in 2001, Sam will be forever known as one of Australia’s greatest ever female swimmers. Gracious and charming, Samantha is also one of Australia’s most popular personalities.

Sam is now busy providing support to her sponsors, enjoying life on the speaking circuit and has opened Sam Riley Swim Schools in Brisbane, with plans for more to come in Brisbane. She is also the ambassador of the Royal Life Saving Assocation’s Keep Watch program, that encourages water safety for children up to the age of five.

Sam has an understandable interest in water safety as she now has 3 boys under 7yrs of her own to take care of.

Sam’s likeable character and million-dollar smile continues to keep her a firm favourite within the corporate arena and, more importantly, with the Australian public. 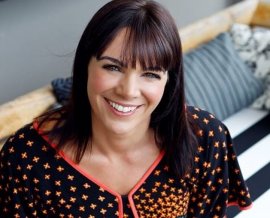