The Naked Rower - an epic tale

Rob Hamill’s story is one of true strength, both physically and mentally. His characteristics of perseverance, determination and resilience are demonstrated in both his life and his presentations.

Rob is a champion marathon rower and his impressive sporting career includes being an international representative of the sport for over 16 years, winning a gold medal at the Commonwealth Games, winning silver at the World Championships, competing at the Atlanta Olympics and holding the world record on an indoor rowing machine.

His best-selling book ‘The Naked Rower’, details how he and Phil Stubbs captured attention across the globe and won the first Atlantic Rowing Race in just under 6 weeks. In 2001 and 2003, Rob spearheaded successful defences of his title, and in 2005 he assisted the entry after they experienced a shark attack and the boat capsized.

He is the co-organiser of ‘The Great Race’, which is an annual rowing 8s clash on the Waikato River in New Zealand between Waikato University, Cambridge, Oxford, Harvard and Washington Universities.

Rob’s story isn’t just about success and winning, he also speaks truthfully and openly about his personal life. In 1978, his older brother Kerry, a New Zealand yachtie, was tortured and killed by the Khmer Rouge in Cambodia.  Since then, Rob has travelled to Cambodia in order to retrace his brother’s footsteps and produced a documentary titled ‘Brother Number One’, which examines how and why nearly two million Cambodians could be killed by Khmer Rouge. Whilst in Cambodia, he also testified before the War Crimes tribunal and came into contact with those who controlled the prison where Kerry died. This feat was mentally challenging and emotionally disruptive but was something Rob felt he needed to do. His emotional and physical resilience mirrors the determination and strength displayed in his sporting career.

Hamill works hard to ensure that his stories are relatable to his audiences, and encourages them to push themselves to their limit. He inspires individuals to pursue their passion regardless of the challenges they may encounter, and teaches them how to overcome them in order to keep on pushing forward. 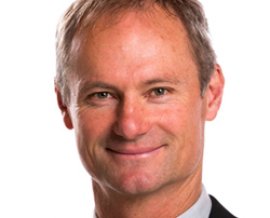