Ric's is a motivational speaker who can encourage anyone from any field to perform at their best.

As a former captain of the Australian Hockey Team, the State Hockey team and the State Cricket team, as well as being a doctor of Medicine, Ric Charlesworth can be described as a chronic overachiever and captivating motivational speaker.

Ric also worked within the Federal Parliament for 10 years before retiring and becoming the National Coach of the Australian Women’s Hockey team, from 1993 to 2000.

Consulting with the Fremantle Dockers regarding performance, Charlesworth also became a mentor coach to five Australian Institute of Sport coaches.

After moving to New Zealand in 2005, Ric worked with New Zealand Cricket as a High-Performance Manager.

Between 2007 and 2008, Ric worked as a Technical Advisor to Indian Hockey before being appointed to the coach of the Kookaburras, Australia’s National Men’s Hockey Team, in 2008.

Charlesworth coached the Kookaburras for 6 years, before retiring in 2014 after they won the World Cup. He then moved onto High-Performance Consulting where he used his experiences in coaching to succeed.

His speaking draws on his wealth of knowledge within many fields, including sports, politics and medicine, which provides audiences with a captivating and entertaining presentation, filled with insight, advice and anecdotes. His extensive experience has allowed him to become the author of four books, with a soon to be released fifth.

Ric’s knowledge sets him apart from his peers and his extensive background in coaching allows him to provide an engaging, informative, humorous and enthusiastic presentation. 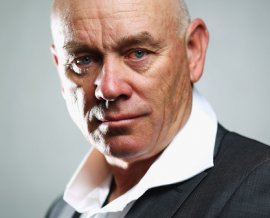