Raelene Boyle is an inspirational speaker who touches on personal topics to help motivate individuals to reach their best. Her experiences are conveyed to the audience in a clear, concise and delicate manner to guarantee audiences take away key messages from her presentations.

At the Montreal Olympics in 1976, Boyle finished fourth in the 100m spirits and was disqualified from participating in the 200m sprint due to allegedly making two false starts. Reviewing video replays, it was revealed that she had not false started on her first start. However, she received the honour of being the bearer of the Australian flag and was the first woman to do so.

In her final appearance as a fierce competitor, Raelene participated in the 1982 Commonwealth Games in Brisbane, where she took home a gold medal for winning the 400m sprint and silver in the 4x400m relay.

After several battles with cancer, Boyle is now an avid campaigner for raising awareness and funds for both Breast Cancer Network Australia and Ovarian Cancer Research Foundation.

Raelene Boyle is an avid public speaker and within her presentations are insights into her personal battle with cancer and her professional sporting career. She speaks passionately about the power of determination, inspiring audiences to overcome any challenges they may encounter in their personal of professional lives. 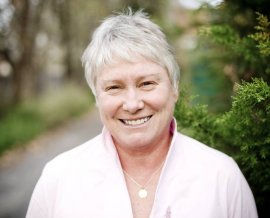