Peter Baines is a keynote presenter who informs audience of the importance of impressions, decision making and the focus on results rather than the excuses. He explores the factors of leadership and motivation with audience members and reminds them to be clear about what drives them to do better.

A former forensics officer in the New South Wales Police Force, Peter spent his final years on secondment to the National Institute of Forensic Science. It was here that he worked on international and national capacity building projects around counter terrorism and leadership. He spent time advising Interpol in France and the United Nations Office of Drug and Crime in South East Asia, as well as negotiating resources with the Prime Minister of Thailand.

Deciding to improve his leadership skills in an informal setting, Peter desired to work in areas where devastation occurred and thus true leaders arise. Whilst leading international teams in both Thailand and Indonesia after devastating acts of terrorism and natural disasters, Peter identified what it is that makes a great leader and began to adapt those characteristics to himself. He recognised that a leader needs to act with confidence but without recklessness, make decisions quickly and with a deliberate purpose and that without the constraints of management structure true leaders can arise.

After the devastation of the 2004 South East Asian Tsunami, Peter used his background in forensics to led teams in the identification and recovery of the deceased.

Prior to his return to Australia, Baines became aware of a group of children who had been abandoned several months after the tsunami and formed a charity to support them. Hands Across the Water is one of Australia’s fastest growing and most successful charities, and their tireless work includes building two orphanages and a community centre in the Khao Lak region, which provides support to the Suthasinee Noiin Foundation in Yasothon, where many the children are HIV affected.

Today, Peter has successful consulting businesses and travels internationally regularly to present to major corporations and governments on the topics of leadership and corporate social history. He has presented globally including within Europe, North America and throughout the Asia Pacific region and his clients include Interpol, the UN Office of Drug and Crime, the Government of the Kingdom of Saudi Arabia, the Sultan of Oman, BHP Billion, United Fire Brigade Association of New Zealand, the Starwood Hotel Group of Indo china and more recently Travelscene Corporate, HR Summit Singapore and Vector New Zealand.

With an uncanny ability for story-telling, Peter Baines’ messages are unforgettable and are sure to stay with audiences long after the conclusion of the presentation. His leadership theories and skills have been utilised under the toughest circumstances and can be applied to any organisation or business, helping to improve productivity and motivation levels.

Peter has several keynote themes from which his presentations are constructed from to produce the ideal outcome and relate to his audiences.

Doing Good by Doing Good
Hear how with an alignment of values and an appreciation that community and business can both profit when working together. Why the future of mutually rewarding relationships is the way to go.
Experience Matters
Real engagement comes from engineering shared experiences. Peter shares stories of how your business will benefit from the power of presence.
Leadership Matters
The stories of inspiration, resilience and overcoming adversity. How true leadership does not come a position or title by from actions and reactions.

Thank you Peter for the amazing impact you had on my team. You literally ‘knocked the ball out of the park’!! The feedback was amazing - frequent references to best speaker ever 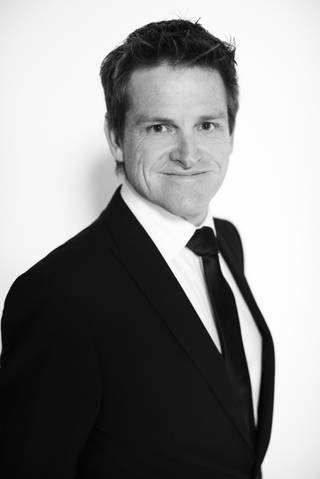