Be encouraged to never give up and overcome any obstacle

Patrick Grove is the epitome of young entrepreneurs and his desire to revolutionise the global market has seen him become a successful businessman.

After being born in Singapore and being raised across the globe including in Los Angeles, Jakarta and Malaysia, Patrick always knew that there was more to the world than just Australia. After finishing high school in Sydney, he attended Sydney University and studied accounting before joining Arthur Andersen.

A few years after he quit his job, Grove returned to South-East Asia, a place where he had always dreamed of doing business. In 1999, he started his own private international investment firm called Catcha Group. The emerging Asian markets held more potential than the developed country of Australia. A year later when he and his team were about to list Catcha Group on the Singapore Exchange, the Nasdaq plunged and he and his partners were left with a debt of over $2 million.

Patrick decided to then raise funds to revolutionise property searching across Asia, as they were still searching through newspapers to find houses to buy or rent.  During the fund-raising efforts, he suffered many setbacks and had met with 74 potential investors before finding one that agreed. Patrick raised $2 million for a 10% stake in iProperty.

Fortunately, even after all the setbacks, Catcha Group now controls Australian Securities Exchange-listed iProperty Group, iCar Asia and Ensogo. Patrick also holds several stakes in property portals across the Middle East and has established iFlix, which he hopes will become he Asian version of popular streaming service Netflix.

Perseverance is the key message in all of Patrick Grove’s presentations as without that characteristic he would not have made it as a successful entrepreneur. His presentations are motivational and he encourages audience members to never give up and overcome challenges they encounter no matter how difficult they may seem. 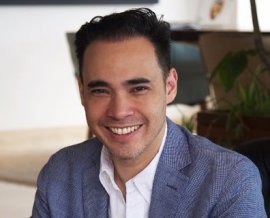