In late 1989, Nick Green teamed up with rowers James Tomkins, Mike McKay and Andrew Cooper to race in the Coxless Fours, kick-starting their international rowing careers.

Andrew Cooper was replaced by Drew Ginn after completing in Barcelona, before the team took a break for two years, after which they successfully defended their title in the Atlanta Olympic Games in 1996.

In 1998 Nick teamed with James to win gold in the coxed pairs at the World Championships in Cologne as well as the foursome winning gold in the same competition.

Nick battled with a serious back injury whilst preparing for the 1999 season, where he had to retire as a result. Although Nick retired, his successful career was rewarded as he was invited to carry the International Olympic Flag at the 2000 Sydney Olympics Opening Ceremony, where he also worked in cooperation with Channel 7 as the analytical and knowledgeable rowing commentator and Woolmark who was the Official Uniform Supplier.

Even after retiring from rowing, Nick is still heavily involved in the sport he loves, being the President of the Victorian Olympic Council since 2005, and Chef de Mission in both the 2010 and 2012 Olympic Games. He is currently the CEO of Cycling Australia.

Away from the Olympics, Nick was involved in the formation of Bluearth, a not-for-profit organisation which aims to reduce sedentary living through the promotion of physical activity to enhance health and reduce diseases. 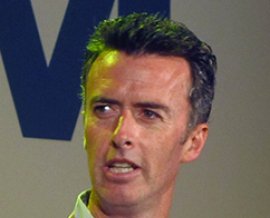