A motivational speaker who captivates audiences with his enthusiasm and longevity

After retiring in 2009, Nathan Brown has been able to continue a career utilising his knowledge and passion for sport alongside building a successful business. Nathan is a motivational speaker who can engage a wide audience.

Recruited to the Western Bulldogs from Bendigo, Brown found success as a forward.  After spending the majority of his football career playing for the Bulldogs, Nathan was recruited by Richmond. A shocking leg break in 2005 ended Brown’s season.  After leading in every award in AFL, he had to watch the rest of the season from the sidelines.

His success has been well documented and achievements have included winning the Morrish Medal in 1996, All Australian in 2001 and 2002 and the Jim Stynes medal in 2004.

After retiring in 2009, Nathan joined The Sunday Footy Show in 2010 as a panellist and also became a commentator on TripleM.  In 2014 Brown became a sports present on The Today Show.  Nathan is also part of the 3AW commentary team.

Scent at Home is the successful business Nathan has built with his wife, providing candles that are scented and are made only from fresh and natural ingredients. 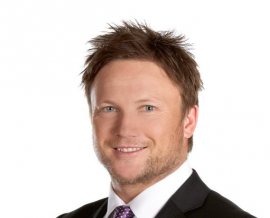