Mick Colliss had a desire to play for Australia.  What followed has been a spectacularly funny ride and Mick uses his experience to empower and entertain people.

Quickly discovering that his ability did not match his desire to represent Australia, saw Mick try his hand at cricket, rugby league, rugby union, surf lifesaving and lawn bowls.  At the age of 42, Mick discovered the game of Sudoku and discovered he wasn’t very good at that either.  Mick rounded up three mates from his former rugby days and headed to India to represent Australia in the World Sudoku Championships.  Appointed Vice Captain, he proudly wore the green and gold.

Ideal for corporate, school or sports functions, Mick offers a hilarious insight into what we can achieve if we never give up.

When not competing internationally, Mick is a modern day poet. Writing poetry that people can understand has helped Mick establish a wide following. Mick has published two books of unique poetry and one of his poems was voted “Sports Poem of the Year” in 2002. Having worked in journalism for more than twenty years, Mick can deliver inspiration and motivation in a funny, informed and forward thinking manner.

Mick was great! Couldn’t have asked for a better guest speaker! He was very entertaining and the clients loved him. Such a nice guy and a great story, will be very hard to beat. Would recommend Mick as a guest speaker to anyone 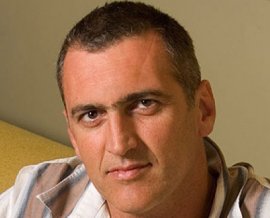