Mia Handshin is passionate about helping people to find their authentic voice, discover the power of their unique presence and develop the confidence to inspire changes of hearts and minds which move people to positive action in the world.

As the youngest woman to Chair of the Board of the South Australian Environment Protection Authority (EPA) between 2012-2016, Mia understands what it’s like to “put yourself out there” publicly. Through her role in the highly scrutinised world of environmental regulation Mia publicly addressed controversial matters of public health, responded sensitively to community concerns and the views of vocal critics. She learned about having the stomach for tough conversations and refined the skill of speaking into resistance with empathy.

From the age of 19, Mia shared personal opinions on a vast range of public affairs as a weekly column writer for ‘The Advertiser’ newspaper in South Australia. She later became the inaugural blogger and podcaster on the newspaper’s website Adelaide Now. A decade as a columnist taught Mia about the power of “speaking from the heart” with humility and humanity. She learned that owning and being who she really is, knowing what she stands for and speaking from a place of openness and, at times, vulnerability, is what cultivates real connection.

Whilst continuing her work in the media, Mia graduated from Adelaide University law school in 2000 and went on to work as a Barrister’s Associate, provided pro-bono advice to refugees and interned at the International Crisis Group in Brussels during the Iraq war.

During this time she explored the influential communication approaches of world-changing leaders and the movements they sparked.

In 2007, Mia ran as a candidate for the Australian Federal Parliament. She went on to work as a Federal Ministerial adviser and as an Associate Director for a national strategic advisory firm specialising in public policy and government affairs. These experiences helped Mia develop a clearer understanding of the importance of knowing where your audience is coming from, and speaking to their viewpoints, values and fears.

Then, while working at the Leaders Institute of South Australia in 2012-2014, Mia discovered that the world’s greatest leaders are also great storytellers who know how to amplify their “presence” by communicating from the “inside out”; saying what they mean, meaning what they say and living what they say is meaningful.

Becoming a single-mum to three beautiful kids (ages 2,5 and 9) in 2017 has further honed Mia’s knowledge on how to best mobilize people, project authority with warmth and pitch ideas to meet your audience where they’re at!

She has been a longstanding advocate of and fundraiser for Plan International’s Because I am a Girl global campaign and is a member of the Don Dunstan Foundation’s Committee of Management. 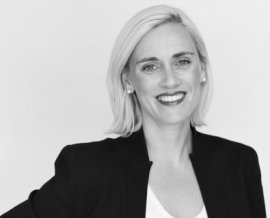