Passionate about patients receiving support for their needs

Lucy Haslam is a mother, an ex-nurse and experienced businesswoman who founded a successful Home Nursing Company and popular retail store & café in Tamworth, NSW.

Lucy speaks clearly and passionately about her ultimate goal which is to see Australian patients receive support from their doctors and government to access safe, reliable, affordable, high quality botanical medicinal cannabis products and for medicinal cannabis to receive the respect it deserves as a natural product with the capacity to save lives for some  and  improve the quality of life for our sickest loved ones.

In early 2010, Lucy’s family was thrown into turmoil when youngest son Daniel was diagnosed at age 20 with stage 4 bowel cancer. For three years his suffering was enormous and as a matter of last resort Lucy and her husband Lou encourage Dan to try cannabis to treat his nausea and vomiting. She describes his experience with cannabis as nothing short of miraculous!

Lucy and Lou had always been staunchly opposed to recreational drug use with Lou having spent 35 years in the NSW Police force (much of that time in the drug squad), however they both agreed that if cannabis could help Dan as it did, then it was worth fighting for both for Dan and for other Australians who were battling serious illness. They soon found themselves in a position of being lawbreakers, buying cannabis on the black market and dealing with criminals to help their son.

As a family they decided to make a stand and from August 2013, Lucy and Dan spearheaded the movement to re-introduce medicinal Cannabis into Australia. Together they launched a campaign which resulted in the NSW Premier changing his mind on Medicinal Cannabis and then the campaign began to have impact at a National level. Along the way, they were followed closely by Australian media as they championed the cause for a compassionate approach to dealing with sick Australians who were receiving benefit from cannabis.

Lucy raised funds and used the money to put on the Inaugural Australian Medicinal Cannabis Symposium in late 2014. She felt that Australian attitudes had not kept pace with international research into the science of medicinal cannabis. Lucy also formed the not for profit organisation called United in Compassion to continue to lobby, represent and educate in a more organised and formalised manner.

Sadly Dan lost his battle with cancer and passed away on 24th February 2015. Lucy had promised Dan prior to his death that she would continue the fight for the thousands of Australians who had contacted them and who were anxious to use cannabis legally for all manner of ailments such as pain, intractable epilepsy, multiple sclerosis and many other conditions.

True to her promise, Lucy channelled her grief and played a major role in changing the Federal Laws to allow for the establishment of a legal medicinal cannabis industry in Australia. The legislation was passed into law on the first anniversary of Dan’s death.

In April 2016, Lucy was invited to accompany the NSW Premier Mike Baird on a trade mission to Israel where they investigated the legal medicinal cannabis program which sees 33,000 patients receive medicinal cannabis legally. They also visited Professor Raphael Mechoulam, a world renowned scientist who had dedicated his life to the study of cannabis at the Hebrew University. The mission resulted in the state of NSW and the Israeli Government agreeing to collaborate on medicinal cannabis research.

Today Lucy continues her role as Director of United in Compassion in a full time capacity. In April 2016, together with her husband, they purchased a property which they intend to use for the cultivation of Medicinal Cannabis once federal regulations allow for them to apply for a cultivation licence. To assist with this huge project, Lucy has been able to garner support from one of Australia’s most respected BioCeuticals companies and from her local council. They plan to make their local area in regional NSW a centre for the Medicinal Cannabis industry which will soon be established in Australia.

In May 2016, United in Compassion will hold the 2nd Australian Medicinal Cannabis Symposium with a focus on educating the medical profession to prepare them for the legal prescribing option of cannabis for their patients.

Lucy is currently on several committees including the NSW Government Medicinal Cannabis Centre for Research & Innovation Board Member, the NSW Compassionate Access Scheme Committee and The University of Sydney, Lambert Initiative Non-Executive Board Member. 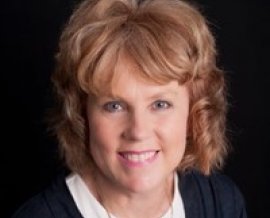