John Silvester has been a crime reporter based in Melbourne from the late 1970s. He has written, edited and published crime books that have sold more than 1 million copies in Australia.

His work was adapted into the top rating Underbelly television series shown on Channel Nine and he has acted as a presenter in a series of award winning television crime documentaries.

John won the 2007 Graham Perkin Australian Journalist of the Year and was highly commended in the same award in 1998 and 2014.

He presented the ABC documentary Trigger Point, an in depth examination of police shootings in Victoria.

He is the senior crime reporter for The Age and appears on 3AW as crime commentator Sly of the Underworld. He has given evidence in Royal Commissions on crime and corruption. 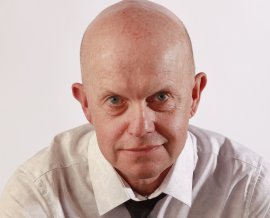