John motivates and inspires his audience with his incredible story

John MacLean encountered and overcame serious and debilitating injuries to become an inspirational paralympian.  Whilst cycling near his home in 1988, John was struck by an eight tonne truck which caused several breaks in his pelvis and back , a fractured sternum, punctured lungs, a broken arm and ultimately left him a paraplegic.

Through sheer determination and strength MacLean decided that he would set himself the toughest goals, and achieve them no matter what.

In 1995, John became a household name by becoming the first wheelchair athlete to finish the Hawaii Ironman Triathlon, which is considered to be the world’s toughest multi-discipline sporting event. Although he fell outside of the able-bodied cut off time, that did not deter him.

John returned in 1996 to compete again but due to a flat tyre, he wasn’t able to complete the course in the able-bodied cut off time. Once more he returned, and this time he not only finished within cut-off time but beat a third of the field and became the first ever wheelchair category winner. In 2002, he became the first non-American to be inducted into the Hawaiian Ironman Triathlon Hall of Fame for his tremendous efforts and perseverance.

Continuing to break records and excel at sporting challenges, MacLean went on to become the first wheelchair athlete to swim the English Channel in 1998, complete the gruelling Molokai Ocean challenge in 2005, represent Australia at the 2000 Olympic and Paralympic games as well as sailing in the Sydney to Hobart Yacht Race.

In early 2007, John was invited to take part in the sport of rowing, where in September of that year, he and his rowing partner took out a silver medal at the Rowing World Championships. They followed this up by taking out gold at the International Regatta in Italy in 2008, before John went on to win silver at the Beijing Paralympics later that year.

John MacLean is able to motivate and inspire any audience with his triumphant story and sense of perseverance. He encourages audiences to challenge themselves and set and achieve extraordinary goals.

Balance
Self, family, business, community
Community
Giving back
Engagement
Prioritisation
Humility
Remember where you are from
Inspiration
The pain will not last forever but the memories will
Leadership
Building a team
Persistence
Never give up
Self Belief
See it, believe it, and achieve it
Teamwork
Connecting for a common goal
Transformation
Choice, change and adaptability

John is the most inspirational speaker that I have seen. His story is amazing, delivery flawless and his resonating connection with every one of our team members will remain forever. We have never had so much positive feedback about an outside speaker

We had John speak at our Conference. John received a standing ovation from our group of over 150 staff as he provided an update on his truly inspirational story. John's humble delivery of his story along with his clarity of message had all of our staff hanging on his every word. He had true impact on our staff on many levels. The truly amazing thing is that many of our staff have already taken some action in their lives as a direct result of John's presentation. His presentation will be remembered for a long time to come!

John’s story of overcoming adversity and setting himself remarkable goals was well received by our audience. John captivated our audience and everyone was so inspired by his story. Afterwards, I had grown men tell me they had to fight back tears. John was an absolute pleasure to deal with and really went well beyond our expectations. 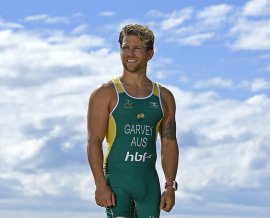