Jessica Rowe is a passionate individual who stands up for what she believes in. She is one of Australia’s best known television presenters and is respected by viewers for her sincere and down to earth manner and her infectious laugh.

Beginning her career in 1983, Jessica graduated from Charles Stuart University with a degree in Communications and holds a Masters in International studies from Sydney University. She has held various positions across many different channels including being a co-anchor for a decade on Network Ten’s First at Five News, a news anchor on the Seven Network’s Weekend Sunrise as well as a co-host of The Today Show on the Nine Network.

Rowe is currently a co-host on Network Ten’s Studio Ten, alongside Ita Buttrose, Sarah Harris and Joe Hildebrand, which comes eight years after her decade long career with the network.

In addition to her frequent television appearances, including appearing on Can of Worms and being a contestant on Dancing with the Stars in 2007, Jessica is a regular columnist for Fairfax’s Sunday Life magazine and Vogue Australia.

Away from television appearances and news broadcasts, Rowe is a passionate advocate for mental health awareness. She is a patron for the Mental Health Council of Australia, is a promoter for Mum4Mum a company which supports new mothers, is an ambassador for beyondblue, Camp Kookaburra and Welcome to Australia, which is an organisation that assists refugee families in Australia. She is also a board member of the George Gregan Foundation, a member of the IVF Australia Ethics Committee and is involved with the Exodus Foundation and Community Brave, which is a campaign that supports bullied youths.

On Australia Day in 2015, in recognition of her mental health advocacy, Jessica was honoured to receive an Order of Australia.

Jessica is also an author and in August 2015, she released her insightful and inspirational memoir ‘Is This My Beautiful Life?’, which shares hers and her family’s struggle with mental health as well as the highs and lows she has experienced in her professional career. Her second book ‘Love. Wisdom. Motherhood.’, she reveals the struggles, joys and heartache of motherhood with accounts from several other women as well as herself.

She has also co-authored a book with her mother Penelope Rowe, titled ‘The Best of Times, The Worst of Times’, which is an account of the family’s experiences living with Penelope’s bipolar disorder.

In 2019, Jessica released her fourth book 'Diary of a Crap Housewife' in which she writes honestly about her talent (or lack thereof) for cooking, what is really important when it comes to mothering and family anf her views and comonsene advice on other matters.

An inspirational individual who enjoys speaking to audiences, Jessica Rowe is well-received by audiences nation-wide. She is open and honest, ensuring a motivational and eye-opening presentation to occur.

Be Brave and Bold
Jessica shares her lessons learned throughout her career and working life, including trials, tribulations and how she values the importance of being brave, bold and taking risks
Diary of a Crap Housewife
Expanding on her book, she shares her experiences of being a working mother, housewife and friend
The Best of Times and The Worst of Times
Jessica shares her mental health story, the power of being vulnerable and seeking help

Jessica Rowe was an absolute dream. She is so lovely and down to earth and everyone who attended absolutely loved her. Her honesty and humour were infectious. Her personal journey with mental health issues was also really valuable. Thank you so much for recommending Jess. She is truly fantastic. 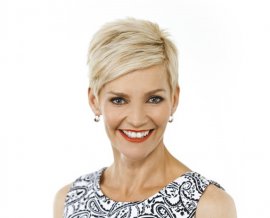