The Most Decorated Male Australian Olympian and OAM

As the most decorated male Australian Olympian, Ian started his swimming career at seven years old. He started competing in primary school at both state and national levels and was highly successful. At twelve years old, Ian competed in 13 events at a state meet and set under-age NSW records in all of them. Two years later, fourteen-year-old Ian was the fourth fastest competitor for the 400-metre freestyle. This swimming stroke later became his speciality. In 1997, he was the youngest ever male swimmer selected for the Australian swimming team.

Ian made his international debut at the 1997 Pan Pacific Championships, where he set new personal bests in both the 200-metre and 400-metre events.  A year later, at the age of fifteen, he became the fourth-fastest ever male world champion at the 1998 World Aquatic Championships in the 4 x 200m medley. In addition to this, Ian also grabbed the world’s attention when he won the 1998 world 400-metre freestyle title in Perth and became the youngest world champion in history. He later won four gold medals at the 1998 Commonwealth games.

By 2000, Ian had already broken ten world records, four of which were broken at the 1999 Pan Pacific titles.  He was also named Young Australian of the Year for his achievements.

Ian was a favourite for the 2000 Sydney Olympics and was regarded as ‘invincible’ by the media. On the first night of the Sydney Olympics, Ian won the 400-metre freestyle and set a new world record. Along with Michael Klim, Chris Fydler and Ashley Callus, he would go on to set another world record in the 4 x 100-metre freestyle relay, beating the United States in their first-ever defeat. This relay quickly became a highlight of the Olympic Games. Together, they set another world record in the 4 x 200-metre relay.

Ian was the most successful athlete at the 2000 Summer Olympics with three gold and two silver medals. After the Sydney Olympics, Ian continued to add to his immense medal tally, winning twenty gold medals at the World Championships, Commonwealth Games and Pan Pacific. During the 2004 Athens Olympic Games, Ian competed in the “race of the century” against Dutchman Pieter van den Hoogenband and American Michael Phelps. His victory in the 200-metre race cemented his place as one of the best swimmers of all time. Ian won two gold and two silver medals at the Athens Olympics.

In 2006, the ‘Thorpedo’ officially retired from competitive swimming as the most decorated Australian Olympian with five Olympic Gold medals. Throughout his career, Ian broke thirteen individual and five relay world records. He was named World Swimmer of the Year on four occasions and claimed eleven world championship victories.

In April of 2018, Ian’s remarkable contribution to the development of the sport was recognized when the Australian Olympic Committee awarded him an Order of Merit. 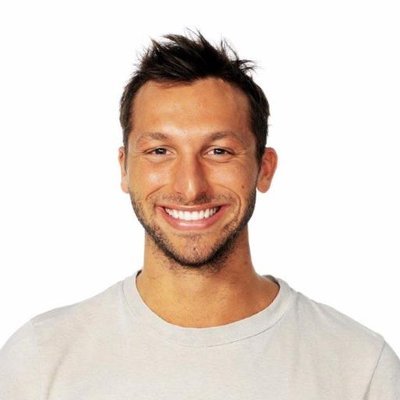