Ian Roberts started his career as a professional rugby league player in the mid 1980’s. Having been lauded at times as “the best front rower in the  game”, Ian played club football with the South Sydney Rabbitohs, the Manly-Warringah Sea Eagles, the North Queensland Cowboys and also played an off season for Wigan in the UK in 1986/87.

Ian went on to play for NSW in 5 State of Origin series and over a dozen test matches for Australia.

In 1994 at the high of his playing career Ian came out publicly and told the world he was a gay man. The first openly gay man in rugby league. He received thousands of letters of support but also extensive hate mail.

Teachers and parents reported that his coming out saved the lives of many kids from suicide.

Ian retired in 1998 due to injury. In 2001 Roberts studied at the National Institute of Dramatic Art (NIDA) in Sydney and graduated in 2003. In 2006 Ian relocated to the US to further pursue an acting career.

Ian has worked with the likes of Cate Blanchett, Kevin Spacey and Hugo Weaving to name a few. Ian has over 40 credited acting roles to his name.

In 2014 Ian revealed that he was dealing with issues around memory loss due to repeated concussions and head trauma he had sustained during his playing career.

Having returned to Australia, Ian is now known for sharing his unique story.

A master of change management and known as a trailblazer gives Ian credibility as a motivational speaker.  The ability to share his life and to motivate people to be their best whilst facing their fears is inspiring.

“Running from fear is avoiding growth", is one of many important philosophies shared by Ian. 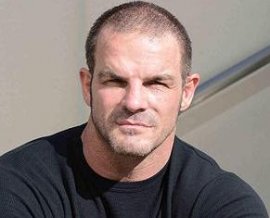