She has never claimed to be the girl next door.

Ella Hooper is a much loved and active part of the Australian music and media scene.

As the teenage front woman of Killing Heidi, she burst onto the stage scoring numerous awards and accolades such as multiple ARIA awards, the prestigious APRA songwriter of the year award (it's youngest ever and first female recipient) number 1 albums and singles, the fastest selling Australian album of all time, gracing the cover of Rolling Stone twice, international touring and acclaim.

As well as music she has enjoyed vast array of involvement in both television and radio, with regular stints on beloved music shows Spicks and Specks and RockWiz, as well as repeat guesting on Talking Bout Your Generation, Tractor Monkeys, Good News Week and a host of others.

Ella has always been highly regarded as a role model for young people and young women especially. She loves promoting healthy body image, self-esteem, self-expression, no matter who you are or where you come from. (Hooper herself is from an out of the way regional town)

Her experience at the top of the rock game, and all that follows gives her a unique perspective on life and her stories are wild, wild and varied. A bit of a renaissance woman, she also enjoys fashion, creative writing (which she publishes on her blog), dabbles in acting, art and craft and to her knowledge is the sole creator and proprietor of 'Vaginger Bread' men, anatomically correct ginger bread men, as featured on Spicks and Specks.

Ella Hooper has announced the release of her new single ‘Häxan’, from her forthcoming debut solo album ‘In Tongues’.  "It’s one of the more brooding songs sonically and conceptually off the album," Hooper said.

"I've been exploring darker territory lyrically for this record, yet Häxan still feels defiant and almost uplifting when it kicks in, which is why it's one of my favourites to play live… I get to be quite surly, it’s like the sonic equivalent of a revenge movie."

Häxan is a Scandinavian word which roughly translates to The Witches

She has never claimed to be the girl next door. 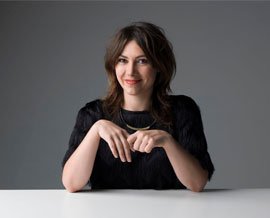