Dr Catherine Keenan is a co-founder and executive director whose passion for transforming young people’s lives extends further than the classroom. She helps individuals receive the correct tools and support in order for them to flourish in their future endeavours.

Holding a Doctorate in English Literature from Oxford University, Kennan is an avid writer and has worked for over a decade at the Sydney Morning Herald as an arts writer and literary editor. She has interviewed everyone from Jonathon Frazen to Cate Blanchett, Margaret Atwood and Claudia Karvan.

Inspired by a TED talk by Dave Eggers, Catherine decided to follow his footsteps to open a writing centre. Together with a colleague, Tim Dick, they raised a million dollars, consulted extensively with community members, assembled a board, trained hundreds of volunteers and learnt to jackhammer and paint and began to run programs at local schools.

Eventually opening the Sydney Story Factory in 2012, Catherine and Tim worked with the aim of helping improve the lives of vulnerable youth in Australia through creative writing workshops and story-telling. The Factory has expanded rapidly, with 1200 volunteers helping to provide one-on-one time with students to ensure facilitated learning. They accept more than 6,000 enrolments with a large range of students coming from struggling and non-English speaking backgrounds.

In 2016, Keenan was titled Australian of the Year Local Hero for her unwavering work as a youth educator and her transformative power in changing youths lives. She has also been awarded Westpac Community Leader Award and has appeared on Q&A, ABC Radio and in Vogue.

As a motivational speaker, Dr Catherine Keenan encourages audiences to recognise the importance of creativity and storytelling and how useful it can be in everyday life and the workplace.

Leadership
Social innovation
The nature of creativity and its importance 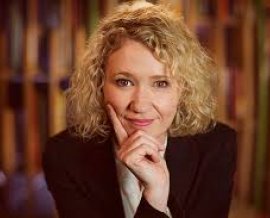