Dave McNamara is a socially-minded former chef whose passion for food has taken him from working in some of Melbourne’s most well-known restaurants to leading the largest food relief charity in Victoria. After many years working in the not for profit sector, Dave was appointed as Foodbank Victoria CEO in July 2013, bringing with him his lifetime love of food and drive to change the injustice of food insecurity that many people in Australia face.

In 2014, Dave advocated across Government the need to ensure that our most vulnerable children deserved access to a healthy school breakfast. In May 2015 the Victorian State Government announced the funding of $13.7 million, for a Foodbank Victoria run School Breakfast Clubs program, commencing in 2016 and providing breakfast each day to 25,000 children in Victoria at 500 of the most disadvantaged primary schools.

In recognition of the success of the program, the Victorian State Government announced in November 2018 funding of $58 million, to expand the current school breakfast program to 1,000 schools, to provide a lunch option to children who turn up to school without lunch, to provide a backpack program, enabling children at risk of food insecurity to be supplied with enough food for holiday periods and a literacy program that will teach children and their families to cook nutritious meals. 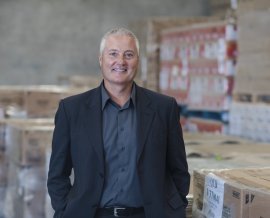