Craig Rigney is a Ngarrindjeri Man. He was born in Gawler, in country SA.

Craig had worked with the Adelaide City Council as an Aboriginal Employment Officer and an Electrician for seven years before he became the CEO of Kornar Winmil Yunti – a non-profit community-controlled Aboriginal organisation working towards the elimination of domestic and family violence. During his time as the Aboriginal Employment Officer, Craig was successful in fostering a 100% retention rate during his time there. As a result, The Department of Further Education, Employment and Science and Tech approached The Adelaide City Council to mentor and support increasing the number of Indigenous Students undertaking school-based apprenticeships.

In between, he worked for SA Health in the Aboriginal Health Branch as the Senior Project Officer where he examined the health sector to identify gaps in health services for Aboriginal men. Craig was constantly striving to influence policies for better health outcomes for Aboriginal men throughout South Australia.

The idea of Kornar Winmil Yunti grew from a gathering in 2011 while Craig was working in partnership with Murray Mallee Health; it didn’t take long for the idea to cement itself into reality, and the obvious necessity for Health services for Aboriginal men was a huge driving force. Craig is currently the CEO and Director.

In 2020, Craig, alongside Rachel Abdulla, Tania Sansbury and Dana Shen, held a webinar that explored family violence and child wellbeing in First Nation’s families. They investigated how services can better listen to, engage with and support First Nation’s communities.

Craig is one of our most valuable and insightful speakers available – he is a driving force behind real and meaningful change in Australia. His shrewdness and integrity are on full display when he speaks before an audience - he seeks to push Australia further towards a being a better place. 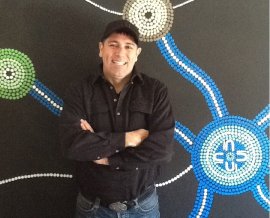