Brent Tate has forged an inspirational career in Rugby League and played for the Brisbane Broncos, NZ Warriors and the North Queensland Cowboys Clubs. He achieved the highest honour in any sporting code of any country by representing his country 26 times for the Australian Kangaroos and played for his state in 23 State of origin games which outside of a grand final is the ultimate competition in our country.

Brent knows what it is like to face adversity head on having been challenged with major setbacks, over the life of his professional career in the game, he endured 20 operations, and he has overcome these and forged ahead. He put his body, heart and soul on the line for every representative team that he has pulled the jersey on for and over his career in League he played for the Broncos, Warriors, Maroons and Kangaroos excelling at all of the clubs.

Brent has addressed each of his career hurdles with the strength and determination that is befitting of his champion, His drive to succeed is largely shaped by his unwavering desire to get back on the field this is evident in the journey he has been on in the past 13 years, the accolades that have been bestowed on him and the trophies that line his shelves. Brent is both a legend and gentlemen of the game of Rugby League, a beloved Queenslander to those who respected his positive attitude as an elite athlete.

His recent retirement from rugby league has seen him embark on a new chapter in his life, a corporate challenge that he has applied himself to with the same formula, tenacity and drive as he did on the field. Brent now works as a Business Development Manager at the North Queensland Cowboys in their Commercial department and he has a full calendar of speaking engagements and media commitments all over the country.

Brent also has many ambassadorial roles with Intrust Super and Westfund and is an official Mentor for the QRL to the state’s rising talent involved in Emerging Origin Squads and Queensland under age teams, Brent work’s with Fox Sports as a commentator and has also just released his autobiography, ‘Iron Wil’l.

Brent Tate is heavily involved in his community in Townsville, along with local and national charities. 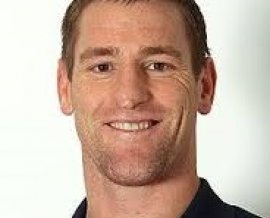