Speaker, Advocate and 2014 NSW Women of The Year Nominee

Bee is a charismatic young Australian and passionate advocate for leading with compassion and breaking down negative social stigmas that prevent people from reaching their full potential. Her message embodies heart-centred leadership, and Bee has dedicated herself to making a genuine impact on the lives of young people. She has experience in community engagement, social enterprise, legal, finance and real estate spaces.

Like many inspiring tales of purpose, Bee’s story was born out of a painful situation. After a childhood of family dysfunction, neglect and abuse, a teenage Bee left home due to a family breakdown. She became depressed and was homeless, “couch-surfing” for several years. Bee often ended up in self-destructive situations, including drug and alcohol abuse, until a friend finally directed her to Oasis Youth Support Network. In partnership with The Salvation Army, Oasis provides 24-hour emergency accommodation for the homeless youth, like Bee. This marked the beginning of Bee’s remarkable transformation.

Bee was eventually offered a small role with Oasis, becoming one of several champions giving a voice to the homeless youth. After staying at Oasis, she moved to a local women’s refuge. Craving independence, Bee applied for several jobs. Her determination paid off when she was accepted as an assistant in a law firm.

Bee stayed connected to The Salvation Army, where she worked as the Salvos School Coordinator for five years. As part of The Salvation Army’s Education and Outreach Initiative, she worked with schools to raise awareness and to promote the issue of youth homelessness. In this role, Bee presented and ran youth homelessness workshops, letting at-risk students know there is support available and teaching students how they could personally make a difference.

In 2013, Bee co-founded the Salvos Ambassador Movement. This leadership development platform aims to help students be a part of the next generation of history makers addressing social issues such as homelessness.

In 2014, Bee was a nominee for the NSW Women of the Year Award for her outstanding leadership skills.

Bee has also received awards such as The Foundation For Young Australians “Young and Extraordinary” in 2012, Westpac’s 100 women of influence and was named on the “100 Women of Influence” list by NAB and the Australian Financial Review.

As a speaker, Bee is incredibly eloquent and passionate, fully committed to her powerful message. She is an experienced speaker, having shared the stage with global icons such as Sir Richard Branson, The Dalai Lama and Cate Blanchett.  Bee has also spoken for TED X, been seen by millions on prime-time television, and has presented to over 10,000 school students to combat youth homelessness.

Drawing from her past, Bee is dedicated to helping as many young people as possible get the same chance she did and encourages them to seek out their potential.  Her love for her work is undeniable, and she thoroughly believes that potential is hidden beneath the layers of perception. Bee shares her take on leadership with her audience, emphasising the power of the human heart. She encourages leaders to practise compassion, forgiveness, and non-judgment to ensure everyone gets the opportunities they deserve to create successful and abundant lives.

Currently, Bee is the Financial Inclusion Project Officer of The Salvation Army. She is also the NSW Director of YLab Global, a social enterprise by the Foundation for Young Australians designed to bring young people with diverse experiences together to tackle society’s most complex challenges. 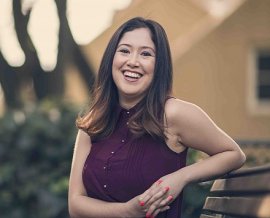