During his 22-year military career, Ash became one of the most operationally experienced officers of his generation. He was deployed for almost seven years, leading some of the world's most elite forces in complex and hostile environments, including the Balkans, the Middle East, and Central Asia.

Between 2011 and 2014, Ash was a Senior Political Advisor to the Afghan Ministry of Interior. He led responses to high-profile terrorist attacks. He has also worked as a speechwriter and drafted strategic defence and policy documents for both British and Afghan governments. Ash is credited with designing and implementing the Afghan National Crisis Response Strategy, now enshrined in national policy. He also spearheaded the training and development of indigenous units tasked with the country's most critical national security missions.

Since he was a child, the fundamental importance of teamwork has been a recurring theme in Ash's life. From his experiences representing his country in multiple sports to becoming a counter-terrorist helicopter pilot and jungle survival instructor, the requirement to build trust, demonstrate empathy, and harness every team member's diverse skills and experience has proved to be of paramount importance.

Shot and wounded multiple times during combat missions, Ash is a passionate charity campaigner focusing on initiatives that support those who continue to bear the mental or physical scars of their service. He is on the Board of Advisors and serves as an ambassador to the charity "Remembered" and its "There But Not There" campaign,  a campaign created to commemorate those who fought in World War One. In addition, Ash is also an Advisory Board Member of "Combat Stress: The Veterans' Mental Health Charity" and an Advisory Board Member and Mentor for "PROMOTE", an innovative non-profit organisation dedicated to transforming the way leaders mentor and develop the next generation. Since 2016, he has been an expert associate with the "Centre for Empathy in International Affairs".

Following retirement from active duty, Ash turned his attention to business, recognising that companies experience similar difficulties to what he and his colleagues faced in combat. He draws on over 25 years of experience in managing and leading diverse multinational military, civilian, government, sports, and other elite teams in some of the world's most challenging environments. Ash focuses on addressing leadership, resilience and team building to help businesses and leaders develop the skills and mindset necessary to adapt and win, helping them reach their full potential.

Ash has supported and advised clients across the globe in multiple sectors, including healthcare, mining, energy, finance, and retail. Before joining the ground-breaking data analytics company Palantir Technologies, he was a former Senior Partner at the McChrystal Group, an advisory services and leadership development firm. He focused on developing international strategic partnerships.  Ash later joined Gatehouse Advisory Partners as the Non-Executive Director in 2018 and is currently the Director of EGM Network.

Among his international honours and awards, Ash was appointed MBE by Her Majesty Queen Elizabeth II in 2012, OBE in 2015 and is the recipient of the Government of the Islamic Republic of Afghanistan's Medal of Honour and Service, as well as a U.S. Bronze Star Medal and Army Commendation with 'V' Device [for Valor].

Ash is a regular contributor to international conferences, panel discussions, and media content for businesses and charities. Ash is skilled in bringing people together to create resilient, high-performing, and adaptable teams built on a strong culture of trust and empowerment. Citing stories from his military, business, and sporting careers, Ash shares practical strategies to help clients maximise their potential.

Ash is an honest and engaging speaker, providing keynotes on leadership, resilience, team-building and talent management.

LEADERSHIP & RESILIENCE
Ash uses his expertise in knowledge sharing within large, international organisations and cross-functional collaboration to provide insight on how to maintain flourishing environments and help maximise potential. In this keynote, Ash shares strategies to create resilient, high-performing and adaptable teams built on a strong culture of trust and empowerment.
BUSINESS STRATEGY & CHANGE MANAGEMENT
Since retiring from government service, Ash has advised clients across multiple continents in multinational healthcare, mining, energy, finance, technology and retail.
GEOPOLITICS & RELATIONSHIP BUILDING
Having been credited with designing and implementing the Afghan National Crisis Response Strategy, Ash emphasises the requirement for active listening and trust.
PEAK PERFORMANCE & TEAMWORK
The fundamental importance of teamwork has been a recurring theme in Ash's life. In this keynote, Ash demonstrates how to implement trust, empathy, and diversity skills into the workplace.
TEAM OF TEAMS: BUILDING & LEADING HIGH-PERFORMING TEAMS TO WIN IN TODAY'S COMPLEX WORLD
An organisation's ability to adapt and innovate with speed and agility is critical to success. As a core member of General Stanley McChrystal's 'Team of Teams', Ash shares examples from a career building and leading elite teams in the most challenging environments, both in battle and in business. In this keynote, Ash reveals the importance of trust and empowerment and the power of culture, open communication, a common purpose, and relationships, sharing experiences and principles to bring these themes to life. 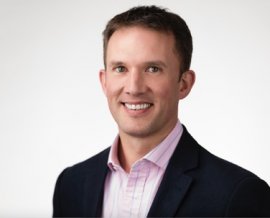