Ariarne Titmus is one of Australia's most prominent sports stars following her victories in the 400m & 200m freestyle events during the Tokyo Olympics.

She has been regarded as one of the best swimmers in the world following her victory over five-time Olympic champion Katie Ledecky. The 400m freestyle battle between Titmus and Ledecky in Tokyo has been reported the as one of the greatest Olympic races & rivalries of all time.

Ariarne made her international debut at the 2017 World Championships where she claimed a bronze medal in the Women’s 4x200m Freestyle Relay and placed 4th in the Women’s 400m freestyle. In 2018 – at just 18 years of age – she broke her 400m freestyle PB and in the process, broke the world record at the World Short Course Championships. It was in that year that she also claimed three gold medals at the Commonwealth Games.

The champion is recognised for her impressive racing ability and her grounded persona and has become a highly inspirational figure for young athletes and the Australian public alike.

Ariarne is an articulate and insightful speaker & relishes in her responsibility as a role model to future generations. Ariarne is passionate about her cooking and recipe development, health & wellness, and studied exercise & sports science at QUT before deferring her studies to focus on swimming. 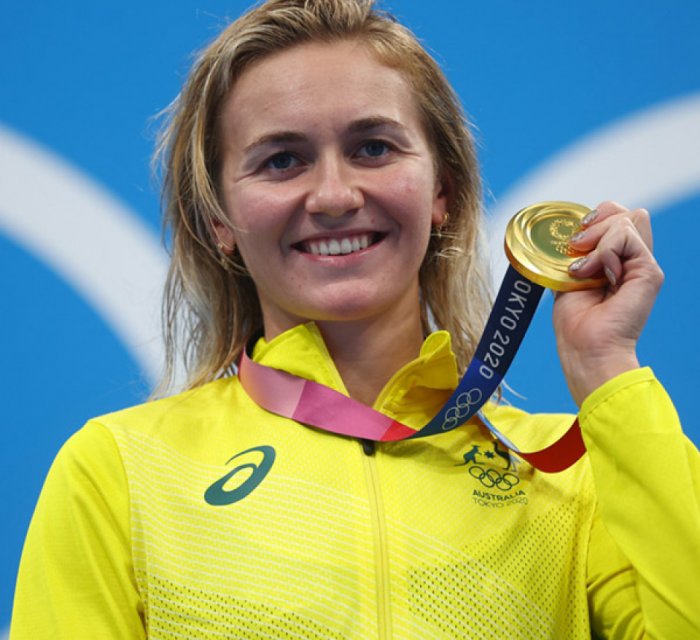