Anne Carey has spent her life dedicated to helping others no matter what. She is a nurse, midwife and medical warrior, and has provided health care in remote communities across Papua New Guinea, Northern Territory and Western Australian. Anne has also worked as a Red Cross aid worker, assisting in some of the world’s hotspots, including Sudan, Kenya and most recently Sierra Leone.

During her time in Sudan, Anne alongside her colleagues came under attack. Rather that fleeing, they courageously remained put, helping the local residents with health care. In Sierra Leone, Anne spent her assignments battling on the frontline against the deadly Ebola virus. She was one of the first volunteers to assist with the situation and was able to provide professional care to those who needed it.

In 2015, Anne received the Pride of Australia Care and Compassion Award in and in 2016 was named as W.A. Australian of the Year.

Anne lives by the principal ‘to have the courage to be kind’, channelling the energy needed to help raise awareness and tackle bullying in the health workforce and the unkind treatment of refugees.

As a speaker, Anne motivates and inspires any audience with her incredible story. 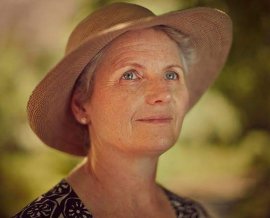