Anna’s commitment to environmental activism and inspiring change amongst Australia’s Youth has been awe-inspiring throughout her entire career. Her climate change journey began in high school. It continued at University, where she co-founded the Australian Youth Climate Coalition (AYCC) at just 22 years old.  Since then, the AYCC has become one of Australia’s largest youth organisations, with over 120,000 members. Anna served as the National Co-Director of AYCC for five years.

Anna also co-starred in the ABC documentary ‘I Can Change Your Mind on Climate Change’ and published her book ‘Madlands: A Journey to Change the Mind of a Climate Sceptic’ in 2012.

Anna later served as National Manager for Earth Hour with WWF-Australia, where she increased participation, awareness, and the impact of the Australian-founded movement to over 172 countries worldwide. In the lead up to the 2015 U.N. Paris climate talks, Anna developed climate change campaigns including ‘Lights Out for the Reef’ and ‘Appetite for Change’. Anna remains involved with WWF as a Governor.

Coming from a long line of farmers, Anna works hard to be a catalyst for positive change within the agricultural sector. She is currently the Strategic Projects Director with Farmers for Climate Action, working to ensure farmers are a pivotal part of the solution to climate change. The movement has over 6000 farmers across Australia and a supporter base involving over 30,000 Australians committed to climate action.

Anna is also a current member of the Advisory Board of the Australian Geographic Society and the University of Queensland’s Global Change Institute.

A former Director of Solar Citizens, the Aussie Farmers Foundation and Green Music Australia, Anna is also a Visiting Fellow at the ANU Climate Change Centre and an Associate of Melbourne University Sustainable Society Institute. Additionally, she is a former Churchill Fellow and a recipient of the Sierra Club’s Earthcare award for her services to international environmental protection.

Anna has dedicated herself entirely to climate action and is a role model for many aspiring young female leaders right across the country.  She is a highly sought-after speaker and presenter on climate change, leadership, youth engagement and sustainability. From a 16,000 person stadium in Perth alongside the Dalai Lama to community groups and schools, Anna has delivered hundreds of speeches to a wide range of audiences.

A natural, engaging and passionate speaker, Anna connects with audiences and instils hope. She simplifies the science, provides accessible strategies and inspires by example. 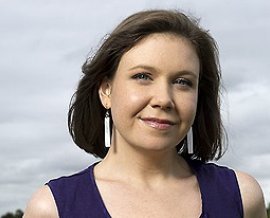