After 20 years of serving in the military, Kevin has made it his personal mission to lift humanity and encourage discussions on mental health, empowering people to have their own courageous and compassionate conversations.

Kevin’s military career has been outstanding, having flown Black Hawk and Chinook helicopters for the Australian Army.  After earning the keys to a Blackhawk helicopter at just 21 years of age, Kevin would go on to complete several tours in East Timor, Iraq, and Afghanistan as both a pilot and a commander. In addition, he has also completed humanitarian operations in Papua New Guinea.

In 2018, Kevin attended the induction ceremony of a Dutch colleague who was awarded the Military Order of William - equivalent to the Victoria Cross. He had considered Kevin to be his role model for the actions that led to this award.

Kevin has also been featured in several books, media stories and other projects. In 2009, official war artists Lyndell Brown and Charles Green painted a portrait of Kevin for the Australian War Memorial based on his deployments to Afghanistan in 2006 and 2007. He has also been featured in several magazines, including a feature story published by QWeekend Magazine in the lead up to 2018 ANZAC Day. Furthermore, in 2016, he was also interviewed by Chris Masters, a veteran journalist, about Kevin’s involvement in a battle in 2006 for his book ‘No Front Line – ‘Australia’s Special Forces at War in Afghanistan’. This same mission was also included in a Canadian book titled ‘No Ordinary Men’ by Colonel Bernd Horn.

Nowadays, Kevin is a mental health ambassador and shares his personal experiences with post-traumatic stress disorder (PTSD), depression and anxiety. With this, he shares how he figured it out and the triggers that made a difference in transforming his life. Kevin shows that there is life after diagnosis and that it is possible to recover after hitting rock bottom and even go beyond. It is his passionate belief that mental illness is normal, manageable, and recoverable for most people.

For a long time, Kevin kept his struggles with mental health buried deep as he didn’t know anyone who had experienced mental illness or suicide. Despite his direct exposure to machine-gun fire and hazardous rescue operations, it was his sense of failure and shame for ‘allowing’ a breakdown to happen that made Kevin feel his life was falling apart.

To Kevin, a diagnosis of PTSD, depression and anxiety felt unacceptable. For seven years, he kept his breakdown and mental illness a secret. However, over time and with help, Kevin realised that he wasn’t a failure, and his secret was holding him back from living a full life.

When Kevin first joined the Australian Army, he believed his life purpose was to serve his country. Nowadays, his purpose still remains to serve but on a bigger scale. Kevin firmly believes that having courageous conversations above mental illness is required to turn things around. He has dedicated his life to destigmatising mental illness and empowering others to show compassion to themselves and others.

Since his recovery, Kevin has become a Flight Instructor and Examiner. He has also held positions of Chief Pilot and Director of Operations in Search and Rescue helicopter organisations. 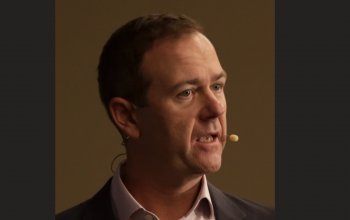