One of Australia's much loved personalities

Having more than 15 years’ experience in the radio industry Tim Blackwell is known as one of Australia’s biggest names in radio. His fun natured, easy going personality has been the key to his success.

Since joining Nova in 2001, Tim has worked as part of Nova 100 biggest shows and is now one third of Australia’s number one rated radio show Kate, Tim and Marty entertaining listeners on the drive home, weekdays from 4pm-6pm across Australia. Since joining the national drive team, Tim along with his co-hosts have brewed their own cider, turned two of their favourite segments into mobile games and broadcas their show from a private jet.

Their success has earned them an ACRA for Best Networked Program in 2015 and in the same year Tim won a ACRA for best Entertainment/Music Presenter. In 2016, the show saw also won Best on-air team at the annual ACRA’s.

Tim has also been part of Channel 10’s ‘The Project’ since it began, doing the Metro Wip as well as a number of live desk appearances and he is now taking part in additional produced stories for the show. Tim makes regular appearances on Channel Nine’s Today Show and Today Extra as well as Getaway.

Tim has become one of Australia’s most loved radio personalities, with his postive energy and down to earth nature. 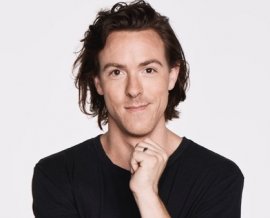