Hilarious and knowledgable, he delivers a corporate experience of enormous enjoyment

After two years with the Queensland Theatre in a variety of major onstage roles, among them turns as Errol Flynn and D.H. Lawrence, Steve began a four-year stint selling copiers with Xerox; emerging as one of the firm’s top salesman in 1984.

A decision to audition for a spot on the Network Ten talent show Star Search in 1985, changed everything. His side-splitting impression of rock guru Ian “Molly” Meldrum went ballistic and by mid-1986 he’d put his career in copying behind him, his skills as a comedian now in peak demand.   After winning a RAWARD for the best newcomer in Australian Metropolitan Radio in 1989, Steve took it upon himself to write the first history of what is now the National Rugby League, a bestseller, that went to a fourth edition with the competition’s centenary in 2008, called “The Finals: 100 Years of National Rugby League Finals”.

This book first published in 1991, led to a 20-year stint with the Nine Network as a news presenter and sportswriter , during which time Steve continued to create brilliance for his bulging list of clients who utilised his ability to provide hilarious presentations for customers and staff.  With a diary filled with engrossing challenges, Steve has recently partnered with Jodie Bache-McLean and Cynthia Morton to present Head, Heart and Body: The Master Class, a workplace experience designed to help workers feel better about their lives and what they do at work.   It has opened up a whole range of opportunites for an incomparable performer who has brought enormous enjoyment to the thousand of people he has touched along the way. 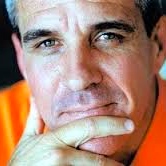