Actor and comedian Stephen Curry is one of Australia's most popular and busiest performers since becoming a household name with his breakout role as Dale Kerrigan in the much-loved classic Australian feature film The Castle in 1996. Since then he has had leading roles in many films and television comedy and drama series and played some of our most memorable characters.

Stephen Curry is an Australian household name. The actor and comedian has been performing in a multitude of television shows and movies, with his breakout role as Dale Kerrigan in the movie ‘The Castle’ in 1996. He has since played many leading roles in film and television, often starring as some of the most memorable characters.

In 2007, Stephen portrayed one of Australia’s most legendary personalities, Graham Kennedy, in the biopic ‘The King’.

With a long list of film and television appearances, including Open Slather, Time of Our Lives, Fat Tony & Co, It's A Date, Redfern Now, Rake, Cliffy, Mr & Mrs Murder, Save Your Legs, Cloudstreet, Wilfred, The Cup, 30 Seconds, False Witness, The Informant, Rogue, Thunderstruck, Changi, The Night We Called It A Day, The Secret Life of Us, Take Away, The Nugget, The Wogboy, Cut, Silver Strand, Frontline, Day of the Roses, Mary Bryant, Queen Kat, Carmel and St Jude, Good Guys Bad Guys and Eric as well as many more, it isn’t a surprise Stephen is a popular choice to step in as MC and Host.

Aside from acting, Stephen is an impressive and highly regarded MC and Host, with a long list of credits including hosting the 2008 AFI Awards, and presenting at the Logies, the Astra Awards and the IF Awards.

Being in front of audiences for over two decades, Stephen Curry knows how important it is to deliver a successful event and maintains qualities to ensure your event goes off without a hitch. He is an in-demand MC and Host and his skills and personality are sure to impress any audience. 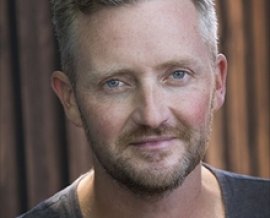