One of the most recognisable faces in Australia, Sophie Falkiner is an experienced and accomplished MC and Host.   A television presenter well known for her work on the The Great Outdoors, Wheel of Fortune and Sydney Weekender.  Most recently, Sophie has been seen travelling Australia as host of Channel 7’s The Long Weekender and Sydney Weekender (2015).

Sophie completed a Bachelor of Media (journalism) from Macquarie University (with a distinction average!). Within weeks of graduating Sophie scored the highly sought after co-host role on Wheel of Fortune, taking over from Adriana Xenides. Popular with viewers, Sophie stayed with the show for five years.

Most recently seen on Foxtels 'Celebrity Come Dine With Me', Sophie was also the host of Confidential on FOX8 and Intimate Portraits on BIO. Sophie also filmed a number of TV specials for the network, including Michael Buble’s Canada, The Astra’s, and 1-hour interview specials with the likes of Joan Rivers, Kelly Rowland and two highly rated Michael Jackson specials.  Not to mention her weekly entertainment snippets on Arena where she interviewed the likes of Jessica Alba and the Veronica’s. In addition, Sophie has covered some of Australia’s most high-profile events: Australian Fashion Week, movie premieres, the Logies, Aria’s and the Helpmann awards. 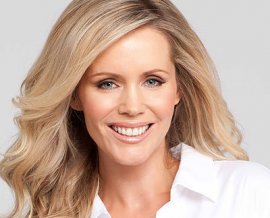