The past ten years of hard work and dedication have seen this Australian star shine. Following his appearance on Big Brother in 2004, where his larrikin-like, straight talking appeal made him a household name, he was offered the role as sports reporter on Nova’s 91.9FM Adelaide breakfast team which is where he found his niche and received the Best Newcomer On-Air award at the Australian Commercial Radio Awards that year.

His current radio show ‘Fitzy & Wippa’ has scored Australia’s most sought after radio spot, Nova national Drive Team. Fitzy also makes regular appearances on The Project and Before The Game. He made his acting debut on Channel Nine’s House Husbands in 2011.

As a former AFL player for the Sydney Swans and the Adelaide Crows, Fitzy is right at home talking footy along with sport in general.

Ryan Fitzgerald’s entertaining and quick witted style ensures he is a great choice as MC/Host for your special event.

For further information regarding Ryan Fitzgerald please contact one of Keynote’s consultants on 1300 661 904 or info@keynote.net.au and we will be happy to assist you. 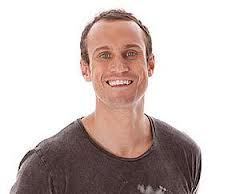