Paul Martell is a multi talented performer, who adds impact to any occasion with fast pace Irish wit and an abundant array of Hollywood impressions. Whether he is "Master of Ceremonies" at a three-day conference, "Compering" an awards presentation, creating a "Hoax Character" at a seminar or performing his Cabaret Show with his wife Jane Scali at a Gala dinner, Martell stands alone as the consummate professional! 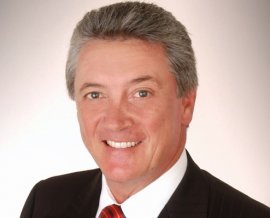