One of Australia's most respected radio personalities

Matt is an exceptional radio talent. Matt’s Melbourne breakfast shows have consistently reached number one for over 14 of his 20 years in breakfast radio. The Matt and Jo Show on Fox FM was a long running breakfast show that was known for holding the highest ratings over many years between 2003 and 2013.  In 2014 Matt moved to Triple M to take on National Drive time for the Triple M network alongside Joe Hildebrand in a ground-breaking news and entertainment show The One Percenters.

Lord Mayor John So is a big fan of Matt’s impersonations, which includes imitating his own accent. He regularly calls in for a chat on the show.

Matt’s comic appeal has also led him to television. Over the past seven years he has appeared in the comedy shows Comedy Inc, Fast Forward and The Late Report and in 2007 cohosted Channel 9’s show Surprise, Surprise Gotcha! He also had a fantastic response to his appearance on Channel 10’s Thank God You’re Here last year.

Matt’s engaging manner, versatility and quick wit have made him a much sought after MC and facilitator. He is also involved in numerous charities especially the Mercy Hospital and the Royal Women’s Hospital. 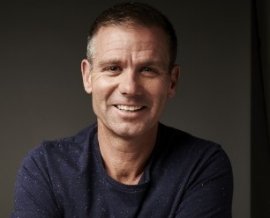