Mark Aiston is a well-known television and radio personality who has accomplished incredible things during his life.

His media career includes roles as a television news sports presenter on both the ABC and Network Ten, as well as a radio host with Nova Entertainment.

As a host and facilitator, Mark is a highly entertaining yet professional speaker, who keeps audiences interested and thinking.

Mark also has a new Media Training Master Class which has been tailored to give businesses and organisations an exclusive behind the scenes look at the media and its role. It gives participants powerful insider tips and utilises video clips, props and Mark’s personal experiences.

He is an incredible motivational speaker, during which he talks openly and honestly about his battle with depression. Although it may seem taboo to talk about, Mark uplifts his audience and gives them stories and anecdotes that motivate and inspire them.

Aside from the media and speaking, Mark Aiston is a passionate ambassador for several charities and organisations including those involved in aiding in the fight against depression as well as Muscular Dystrophy South Australia. 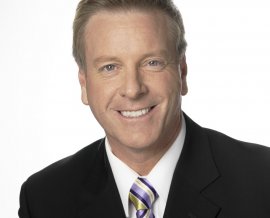