Diversity is what makes her work stand out

Liz Kelsh is the Australian ambassador for MAX Factor.With over twenty years’ experience in the make-up industry, Liz has captured the hearts of a long and worthy list of celebrity and the fashion elite, charming them with her warm, quick-witted persona and impeccable hand at make-up artistry.

Irish born Kelsh has been intrigued by the world of make up since a young age when she would play at her grandmother’s dressing table. Her break came in the nineties when she was given the opportunity to work at fashion week in Paris and Milan. With no formal training, Kelsh held her own alongside some of the world most recognized names of the profession, including Pat McGrath and Val Garland, who Kelsh credits as mentors. Kelsh has since worked with highly acclaimed designers such as John Galliano, Stella McCartney, Easton Pearson, Yeojin Bae and Robert Cavalli.

Appreciated for her charisma and moral work ethic, Kelsh has worked with some of Hollywood’s most recognized names such as Jennifer Anniston, Cate Blanchett, Hugh Jackman, Vanessa Hudgens and Kim Catrell.

Kelsh’s diversity is what makes her work stand out, with the ability to move seamlessly between famous faces, directing fashion shows and collaborating with the leaders of the fashion realm on publications such as Harper’s Bazaar, Vanity Fair, Marie Claire, Russh, Madison and InStyle. 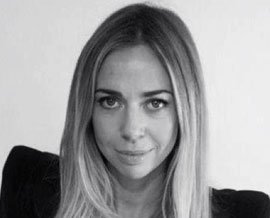