Livinia Nixon has been a much loved and highly regarded television presenter for over 20 years.  Livinia has showcased her versatility both in front and behind the camera when presenting and producing travel segments on Nine’s tourism show Postcards, which she hosted for a period of time in 2000. Her popularity in Victoria grew quickly, which led to hosting the series That’s Melbourne; the TV Special, Melbourne – Secrets of the City, and in 2001, was invited to host the legendary Carols by Candlelight concert.

2005 saw Nixon join the popular travel show, Getaway. Her star rose quickly and she was soon appointed co-host of the popular Channel Nine show Temptation with Ed Phillips. Livinia has made a welcome return to Getaway, this year presenting a series of shows throughout Europe.

Nixon also fronted the PR campaign “The City of Melbourne” and has been the face of national retail giant, DFO. Livinia is a highly sought after MC and Host for corporate and media events.

As an ambassador for the Juvenile Diabetes Foundation and World Vision, Livinia has travelled to parts of Thailand with World Vision helping to re-build lives after the devastation of the tsunami on Boxing Day in December 2004.

Worldly and a keen traveller, Livinia has studied Italian, lived in Japan and backpacked throughout America and Europe. Her role as a travel presenter has given her the opportunity to play with lion cubs in South Africa, swim with dolphins in New Zealand and climb the famed Egyptian pyramids. Livinia is now an integral part of the Nine News team in Melbourne, a role she's held for ten years. Livinia is married, she lives in Melbourne and has two young sons, Henry and Ted.

Keynote Entertainment are pleased to assist you with any enquiries you may have regarding securing Livinia Nixon to host your conference or event, please feel free to contact us at any time on 1300 661 904. 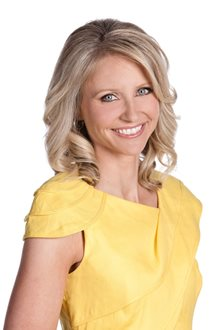