Today, Justine Clarke is one of the most recognised and trusted faces in the Australian entertainment industry. Known as a best-selling children’s singer, accomplished jazz chanteuse, film star, seasoned stage actor, and personality on “Play School”, Justine has cemented her place in media.

With her career beginning when she was young, Justine played the role of 11-year-old Brigitta in “The Sound of Music”, as well as made her movie debut as Anna Goanna, in the blockbuster action feature “Mad Max Beyond Thunderdome”.

Honing her craft as an actor, Justine also starred in Australian television programs “GP”, “A Country Practice”, “Come In Spinner” and “Home and Away”.

In 1989, she received her first Best Actress nomination for her performance in the title role of David Williamson’s TV drama, “Princess Kate”.

Although equipped with a love of acting, Justine’s heart was in music. Justine went on to write and sing in a range of musical guises, as well as perform on iconic children’s program ‘Play School’.

With her recording career only just beginning, Justine is a successful Australian personality, loved by children and adults alike. 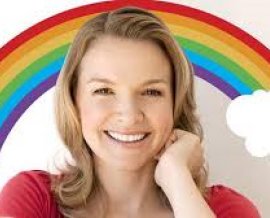