​John Fleming is a musician from Melbourne, Australia with many years experience in varied fields of performance and production.

After a childhood steeping in music, John worked in vocal harmony groups (including the Phones 1989-90) then co-formed the internationally successful Scared Weird Little Guys (1990-2011). This acclaimed music comedy act toured internationally for over 20 years appearing on TV and Radio as well as working with Symphony Orchestras and appearing at the closing ceremony of the 2006 Commonwealth Games in Melbourne.

John is an accomplished composer, performer and presenter who, among other things, is currently working in events, recording and live performance and as a board member of a charitable foundation. 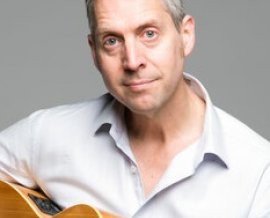