As the face and voice that has made Australian television and radio history, John Burgess is a survivor of showbiz. As the longest serving TV game show host, Joh worked on “Wheel of Fortune” and “Catch Phrase”.

Discovered in 1959, whilst working as a professional bowler John has gone on to achieve massive success within the media industry and is adored by fans of all ages and backgrounds.

In 1965, John auditioned for his first radio job as a fill-in announcer on 2UW. He was breaking the mould by getting the job and becoming the first disc jockey to get a job without any experience. major market without previous experience.

John has since gone on to achieve a magnitude of success in the media, continuing his career to this day. 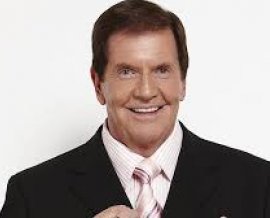