A name synonymous with Australian music and radio broadcasting

Jane Gazzo’s name is synonymous with Australian music and radio broadcasting. Beginning her impressive broadcasting career at Melbourne radio station 3RRR-FM in her mid -teens, she has since gone on to present nationally on Triple J and Triple M in Australia and BBC 6 Music in the UK as well as hosted music television shows Recovery (ABC), Play Loud (BBC), and The Metal Hammer Awards (ITV).

Jane was also a regular host for VH2 UK, on the MTV UK network and in February 2006 hosted the first ever Sound and Vision music memorabilia auction event for Cancer Research UK at London's Abbey Road Studios.

The highlights of her career so far have been numerable: she rates producing Russell Brand’s ill -fated radio show in London (2002) and sharing a mad week with Courtney Love in an Earls Court flat (2001) with equal measure, as well as broadcasting from Buckingham Palace for the Queen’s Birthday Jubilee.

In June 2009, Jane was voted the 24th Sexiest Woman in the World by Australian FHM Magazine.

In 2011 and 2012 Jane was nominated for an ASTRA Award for Favourite Female TV Personality on subscription television alongside Sarah Murdoch, Charlotte Dawson, Shaynna Blaze and Donna Hay.

In 2018 and 2019 Jane was nominated for an ACRA Award (Australian Commercial Radio Awards) for Best Syndicated Show for Triple M’s My Generation.

In 2007 she joined the FOXTEL network and hosted full time for Channel [V] (2007-2012). This included reporting from the ARIA RED CARPET, SPLENDOUR IN THE GRASS, THE BIG DAY OUT, SOUNDWAVE, SOUND RELIEF and many more music and popular culture events.

Recently her popularity has soared with the ABC TV documentary ‘Recovery: The Music and Mayhem’ which continues to be the most watched factual show on ABC IVIEW (Jan 2020).In October 2019, Jane and former Recovery co-host Dylan Lewis launched a new youtube channel called ‘Recovered’ – a mecca for musicians, artists and bands.

Jane was brought up in Melbourne where she studied Arts, Media and Drama at La Trobe University. On finishing her degree she joined Britain's Q magazine as a foreign correspondent submitting monthly gossip stories, she has also appeared in several short films, student films, TV adverts (Mortein, NAB and Australian Electoral Commission), music video’s (The Living End, Welcome Mat, Scott Darlow) and was a regular on the improvisation circuit in Sydney with ImprovAustralia.

In 2014 Jane was commissioned by Random House Penguin Australia to write an unauthorised biography of John Farnham. The book was released in Nov 2015 selling 10K copies.

She is an in-demand music pundit for shows such as The Project and ABC Radio Melbourne. 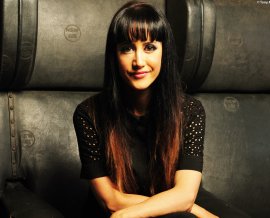