In 1999, James began his media career, joining the ARM as a music researcher. He then moved on to Austereo's 2Day FM, where his work was then heard around the country as part of Kyle and Jackie O's Hot 30.

James then headed to television, joining Foxtel's Nickelodeon Channel, where he hosted their Saturday morning show and specials, including ‘Head to Head’. He became a popular children's television personality and appeared on a number of other shows, including ‘Sarvo’ and the ‘Nickelodeon Kids Choice Awards’.

In 2008, James joined Channel Seven’s morning program ‘Sunrise’ as the entertainment reporter. Audiences across the country loved his down to earth style and interviews with diverse celebrities. He also appeared as an actor on the medical drama ‘All Saints’ and the Australian feature film ‘Lovely Scary Wolves’.

James is a passionate Ambassador for Father Chris Riley's Youth Off the Streets and the mental health initiative, Headspace. 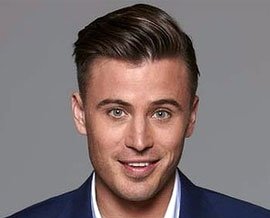