Beginning his broadcasting career within horse sports and polo, Hamish McLachlan has since had experience as both a player and administrator.

In 2008, Hamish returned to Australian and joined Channel Seven’s presenting team. Hamish has since worked as the host of AFL Game Day, hosted the Spring Racing broadcast and called tennis matches for the World Feed Broadcast of the Australian Open.

In 2008, Hamish was approached by Triple M to host their Spring Racing coverage. His coverage earned him an award, making him highly sought-after within the industry.

As a speaker, Hamish is in-demand keynote presenter and MC for any event.

Hamish was extremely charismatic and a great host for a relaxed, upbeat event. Great at engaging with the crowd and was certainly professional when the situation called for it. He seemed to genuinely care about the success of the night, and was keen to be across the details he needed to be. 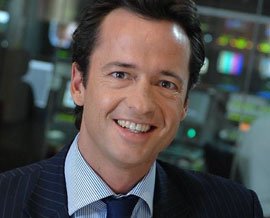