As one of Australia’s most popular MC’s, Gus Worland is passionate about raising awareness and reducing the stigma of mental health in men.

Having featured in all forms of media, Gus was co-host of Triple M’s breakfast show 'The Grill Team' in 2009. In 2010, Worland was awarded Best On Air Newcomer at the Australian Commercial Radio Awards.

In 2014, Gus starred in his own television series, 'Marathon Man', which follows his journey from being obese to becoming a lean, mean marathon machine.

In 2016, after being devastated by the loss of a close mate to suicide, Gus decided to start his own TV series called 'Man Up'. Gus talks, and listens to men and is on a mission to find out what it really means to be a man today. He has also co-founded mental health organisation Gotcha4Life. 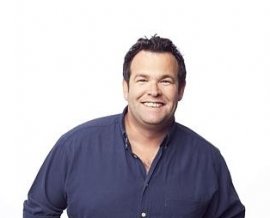