As a highly popular television personality, Greg Evans is best known as host of dating show ‘Perfect Match’. Greg hosted over 1,400 episodes of the programme, earing himself three nominations for TV Weeks Gold Logies as Australia’s Most Popular Celebrity and cementing himself as a household name.

Beginning his career in radio, Greg was a high achiever, being awarded the TV Week Rock Awards ‘Most Popular DJ Award’ for 6 consecutive years. In 1992, Greg teamed up with sporting personality, Sam Newman, to guest host a breakfast talk back radio show on 3AW.

Greg has continued to work across the media, with a focus on radio and television. Currently, he works as a Premier Marriage Celebrant as well as regularly appears as a guest on Australian television and radio programmes.

Greg is also a proud ambassador for several charities, including The Variety Club of Australia, and Australia Day. 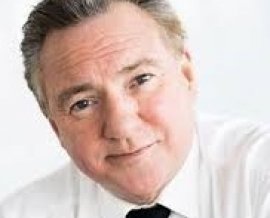