A favourite personality on Australian television and radio

A favourite on Australian television and radio, Ed Phillips has worked in the industry for over two decades. With quick wit, intelligence and a smile that lights up the room, Ed has become a highly sought-after MC and keynote speaker.

Beginning his media career as a DJ with Triple M in 1988, Ed made the move into television, becoming the host of Channel Ten's quiz show ‘Pot of Gold’, and eventually joining the Nine Network as sports reporter on National Nine News.

However, radio drew him back, and he joined Melbourne's TTFM, working with Livinia Nixon, on their afternoon show until 2000.

In 2005, Ed became the host of ‘Sale of the Century’ and became a firm favourite with audiences and contestants alike.

Currently, Ed works as the host of the More Music Breakfast Show on Sydney's Smoothfm 95.3. 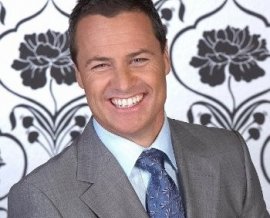