Beginning his career as a print journalist, Des Dowling went on to become a successful comedian. He has since worked for over a decade as a TV news reporter for the ABC, Channel Nine and Channel Seven, as well as works as a radio expert.

In 1998, Des made his presence, placing in the Australian final of the Triple J Raw Comedy competition. He went on to appear regularly on television and radio as a stand-up comedian.

In 2001, Des wrote and produced his one-man show, ‘Not The Good Scissors’ to packed audiences at the Melbourne International Comedy Festival.

On the radio, Des was the weekend host for Melbourne's 3AW afternoon show, as well as worked for two years as the anchor/presenter for Mix FM's 'Breakfast with Loz, Michelle & Des'.

Currently, Des is a presenter and reporter for both Channel 7's popular travel program 'Coxy's Big Break' and Channel 9's 'Talk to the Animals'.

As an MC and corporate entertainer, Des is meticulous, intelligent and very funny. He is an asset to any event of function.

In all cases we received great feedback on Des's performances. He was required to entertain people with his "stand up", routines, interview a cross range of people on stage and "think on his feet" when events don't go quite to plan. Given the work that we do, Des is also required to tell our story in a way that captures people's attention and encourages them to become involved. In all respects Des does a superb job – he makes people laugh, is spontaneous & witty and can be serious when required. In summary, the perfect MC / Entertainer. 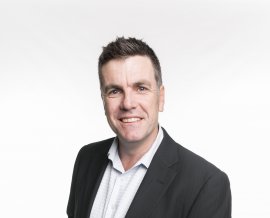