Having starred on Australian television screens for over three decades, David Reyne has worked as a presenter, morning show host, actor, travel writer and musician. Currently working as a presenter and producer on travel program ‘Getaway’, David travels the world and reports back on his experiences.

Between 2006 to 2009, David was co-host of 9am with David & Kim on Network TEN. He went onto host Wind Down on smoothfm in both Melbourne and Sydney.

David also works as an author, having his own column in The Herald Sun as well as regularly contributing to the Traveller section of Fairfax Newspapers.

As a musician, David was the drummer with the multi-platinum selling Chantoozies, as well as the original drummer with Australian Crawl.

Combining his experiences, David is a thoughtful and amusing MC and has a natural ability to host any event. Described as prepared, efficient and respectful, David prides himself on delivering a tailored presentation.

David, thank you so much for your professionalism, we really appreciate your patience and flexibility with our ever-changing agenda

We arrived for a luncheon event with David Reyne. We felt immediately that we were in excellent hands. David was warm, reassuring and extremely well-prepared. It was a difficult venue acoustically and the audience was split over two different spaces but David handled everything with ease. In twenty years of working with writers I haven’t seen many more capable or more professional than David.

David was very accommodating and professional to work, communicate and coordinate with, throughout the planning and running of the event. David had researched the subject extensively and had an emotionally intelligent understanding of subject and content. He was inquiring, but never probing. I believe the difference in having David conduct proceedings enhanced the event so much so, that we would like him to host all such events for us! 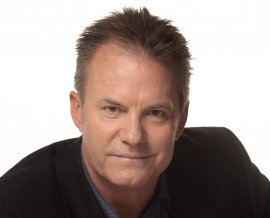